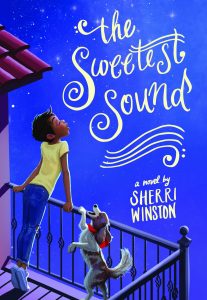 When you were a kid, was there ever a celebrity whom you looked upon as sort of a fairy godmother? When I was little, my cast of good-natured spirits ranged from Julie Andrews to Diana Ross.

In my latest middle grade novel, The Sweetest Sound, my main character has a fairy godmother of sorts–Mariah Carey.

Cadence is a quiet girl who enjoys her solitude. However, she is also a shy girl who longs to define her time among others as she sees fit. And one way in which she sees fit is through singing. She has an amazing voice. One that would be compared to her hero, Mariah Carey, if only Cadence would allow it to be heard. 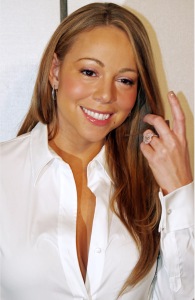 In my late teens when Whitney Houston became an instant icon, my mother was immediately drawn to the bubbly, brown-skinned diva. She rejoiced at Whitney’s every move. And a few years later, when I first saw Mariah Carey perform the National Anthem at a Detroit Pistons game, I knew how my mother felt.

The 90s were a time when I was finding my professional self and discovering what kind of woman I was to become. And Mariah Carey was an integral voice in the soundtrack of my life.

So when I sat down to craft a tale about a young girl on a similar mission of self-discovery, a young woman whose heart is filled with song, and music and light, I drew upon the lyrical influences of one of my all-time favorite angels, Ms. Carey.

The Sweetest Sound is a delightful, lyrical story about voice, perceptions and misconceptions. It’s the story of a girl with dreams both big and modest. A gospel singer who makes a promise to God, then struggles with what will happen if she can’t keep it. Who then turns to her emotional fairy godmother to see her through her journey.

Cadence must cope with an absentee mother, over protective father and an over-the-top best friend. All the while, balancing a secret that has been eating away at her for years. One whose time has come.