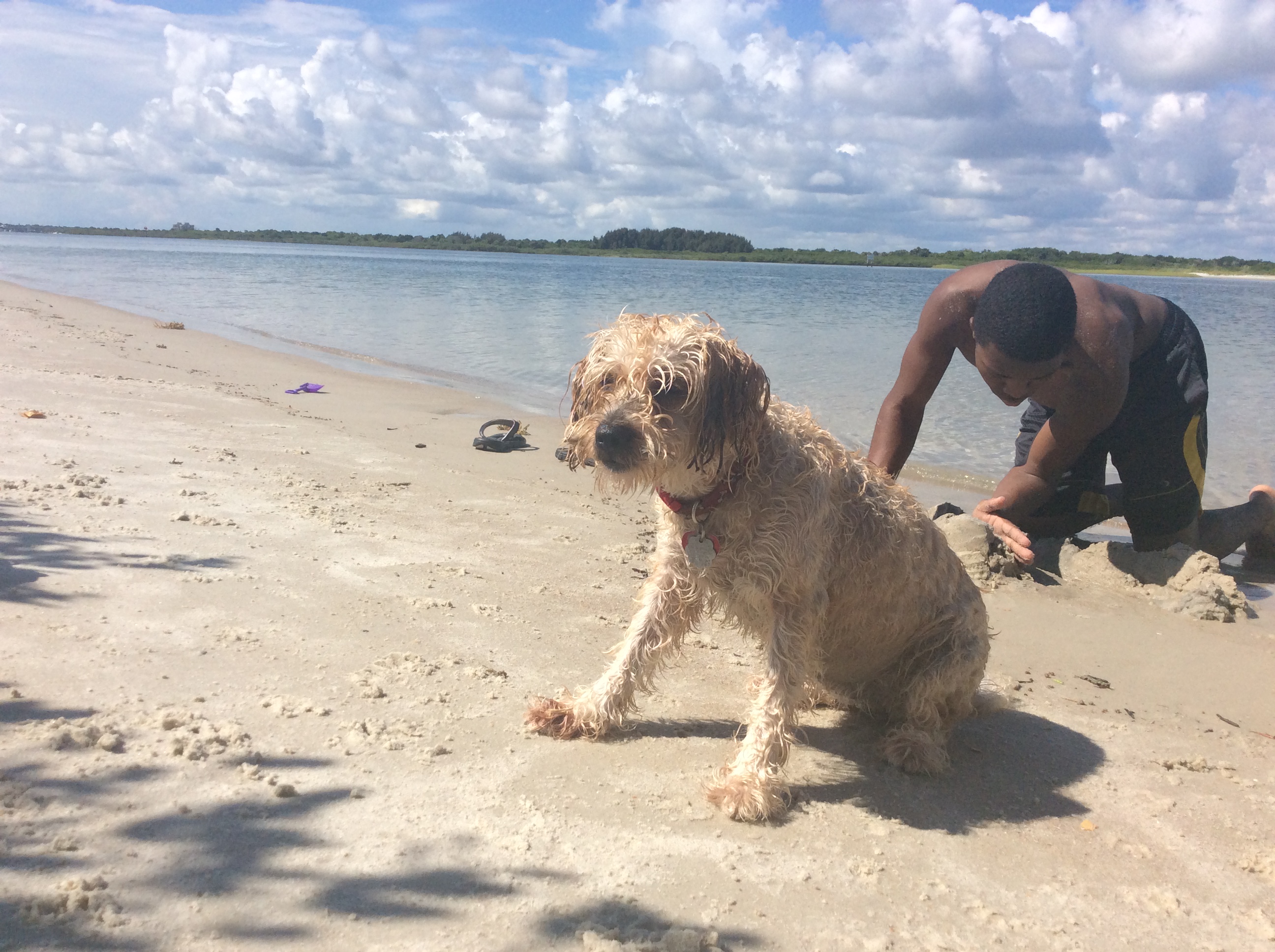 Bella the dog wishes she’d brought her favorite book while visiting the beach!

Now that Fourth of July has come and gone, many young people might be staring at the wall calendar, thinking, “I’m soooooooo bored! I miss my friends. I don’t have anything to do!” if that’s you (or a kid you know and love), fear not! Nothing passes time in the lazy days of summer like a good book. It’s a great time to discover books that are already a hit.

Frindle by Andrew Clement ($5, grades 3-7): Did you ever wonder where words come from? Well, Nick Allen thinks it’s pretty hilarious when he makes up a word just to get under his teacher’s skin. And when several classmates go along with it, the whole gag seems like a hoot. Nick is a bit of a troublemaker, a kid who likes a good time. However, once he invents a word that soon reaches far beyond his classroom, Nick discovers that some things you just can’t take back. No matter what. Frindle is a cool story and an easy read. Definitely worth taking along on your next car trip.

This One Summer by Mariko Tamaki and (illustrated) Jillian Tamaki ($9.99 paperback, ages 12-18): An easy read for a petulant teen. Um, er, I mean a world-weary teen filled with angst. Rose is eager to ditch her parents, who can’t seem to stop fighting. She and her friend, Wendy, are accustomed to hanging out together when Rose and her family come to town for summer vacation. However, neither of them is quite ready for the changes happening to them and to others around them. I loved this book because of its frankness. Also, because the illustrations perfectly pair with the story. The blueberry ink against cream-white paper creates the perfect tension for a broody moody summer. A sure hit for summer readers.

President of the Whole Fifth Grade by Sherri Winston ($7.99 paperback, ages 8 and up): Brianna Justice is more than a dreamer, she’s a planner. She isn’t just hoping to become a cupcake-making entrepreneur and millionaire–she’s taking steps to make it happen. After hearing her idol, Miss Delicious, speak at a fourth-grade assembly, Brianna becomes certain of one thing–she must become class president when she gets to fifth grade. Now it’s time for the election. Candidates are being selected and allegiances are being formed. Brianna thinks she’s a shoo-in for the election and has already made plans of what she will do as class president. Then it is announced that instead of being president of just fifth grade, the new president will represent the entire school and will be voted on by all grades. Scary, but workable. Brianna is all set to cruise into leadership, until a new girl arrives and says she’s always wanted to be president. Will Brianna risk her friendships, relationship with her parents and popularity at school to beat the newcomer? A book that has as many boy fans as girls, President of the Whole Fifth Grade taps into school rivalries, competition and the desire to earn money–all themes to which dudes and dudettes can relate.